Ryan Rodney Reynolds is a Canadian American. He was born on 23rd October 1976 in Vancouver British Columbia, Canada. Ryan’s father was a wholesaler at a food store and her mother was a saleswoman that tells about the efforts of Ryan that he made to raise his name. Now Rayan Reynolds is known as a good actor, producer, and entrepreneur. He started his career in film by doing minor roles and then he influenced the industry with his exceptional talents. He started his career in 1991 and to date, he has worked in at least 50 movies in both minor and major roles. His career is also based on TV shows that he did in the initial years of his career. Ryan Reynolds is known for his versatility as he has worked in movies containing different genres. 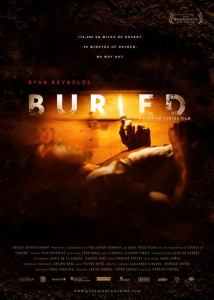 This one was released in 2010. The leading role Paul Conroy (Ryan Reynolds) is a non-military truck driver and he needs to go through Iraq because of his route. While going through his way a group of terrorists stop him and imprison him. Conroy found himself in a coffin buried 6 feet under the ground. All he has is an oxygen supply of 90 hours and a cell phone. All he needs to do is to cope with his anxiety and use the available resources to get out of this trouble probably by calling for some help that seems almost impossible

This one can be considered as the most serious among many of Reynold’s movies. The tension and stress of the situation were represented by him so beautifully and he succeeded to deliver the purpose of the film. 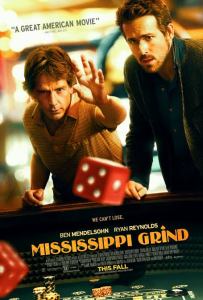 This one was released in 2015. Mississippi Grind has a very relaxed and casual cinematic tone that very smoothly drifts the audience into the story. The main theme revolves around Gerry (Ben Mendelsohn) and Curtis (Ryan Reynolds) who have different philosophies of luck. Gerry is a professional gambler and while Curtis is a wanderer in gambling. Eventually, they both meet and Gerry realizes that Curtis can be his lucky charm that later in the movie is proven wrong by Curtis.

The Mississippi Grind is an enjoyable road trip through the highs and lows of losing and winning both figuratively and drenched in a charming atmosphere of South America and Ryan Reynolds did justice with the character of Curtis by playing it so gracefully. 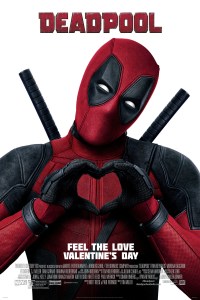 This one was released in 2016. Deadpool is a love story and a story of revenge together based on the marvel superhero stories. But it’s more about how Wade Wilson (Ryan Reynolds) became Deadpool? So basically the Wade Wilson is diagnosed with terminal cancer and he is offered an experimental cure. As a result of the experiment, Wade Wilson undergoes the supernatural healing powers in his body and as a side effect, his body becomes ugly. And with these two attributes, he becomes a masked hero and names himself Deadpool.

Deadpool is a remarkable movie and nobody could play the role of Deadpool better than Ryan Reynolds. It’s a good mixture of action and comedy that surely makes it different from other superheroes.

Deadpool has a second part as well that was released in 2018. The third part is also expected from the marvel studios but the release date is not confirmed yet.

This one was released in 2015 and is based on a true event. Woman in gold is a film about a painting. It’s a very famous painting by Gustav Klimt. It was also the subject of a very famous series of lawsuits initiated by Maria Altman A Jew, whose aunt was portrayed in the painting and she was upset that during World War 2 the painting was stolen from her family by Nazis so she initiated these lawsuits to get it back. For this, she hires a young attorney Randal Schoenberg (Ryan Reynolds).

It’s a very fascinating true story. The best thing about the film is the well-played roles of Maria Altman and the attorney. The intellect and the confidence in the role of Ryan Reynolds were pleasing for the audience. 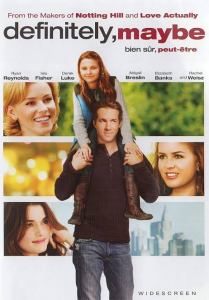 It was released in 2008. Definitely, Maybe is a romantic comedy where Will Hayes (Ryan Reynolds) was a former political consultant turned advertising manager, who wants a divorce from his wife. After an interesting lesson in school his daughter Maya asked her dad about the cause of divorce of his parents and Will decided to tell her daughter about a story of three girls of his life but with a little twist. The little Maya had to figure out that who turned out to her mom.

It is a very solid romantic comedy that has a lot of heart to it and some solid performances. The opening of the movie makes it more interesting as romantic comedies never start with divorce. Will Hayes’s character is deadly fitted on Ryan Reynolds and he did a great job in this movie.